Aperture - A new vision for the densifying Cambie Corrido. 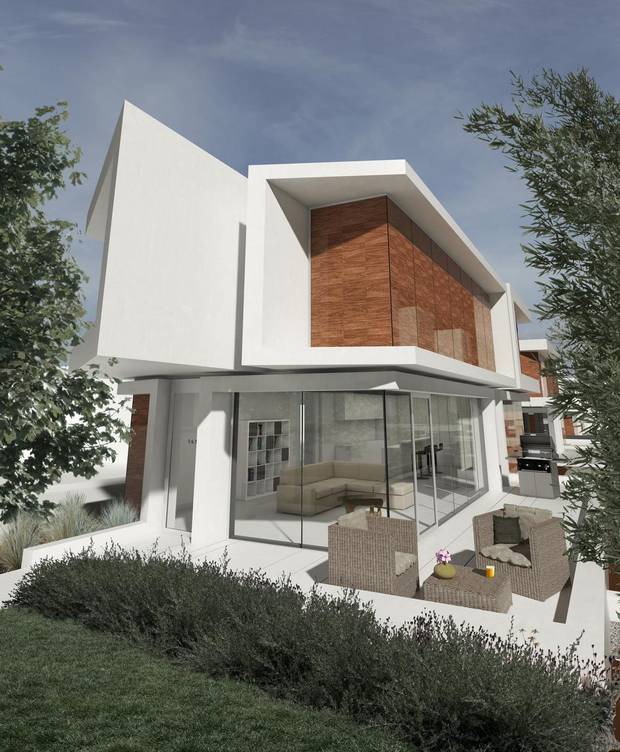 Vancouver-born architect Arno Matis has a lot invested in his newest project, a six-storey development of 78 residential units on Cambie Corridor area called Aperture: Not only is it the result of an extensive neighbourhood review, recently approved by the Urban Design Panel, it’s also the area where he grew up.

So it’s with a certain pride of place that he describes the Cambie Corridor not only as Vancouver’s next big experiment in densification, but also as “our great North-South boulevard, a gateway to downtown and one of the first things visitors see when they drive in from the airport.”

Sadly, although the Cambie Corridor plan developed four years ago calls for a significant increase in density and is relatively daring from a planning point of view, like many of the much-hyped “Vancouverist” ideals, it falls short architecturally.

The typical built response to the plan to date has been predominantly brick façade with a “wedding cake” style pastiche of different layers and materials, and architectural styles referencing warehouses that might be more at home in the likes of, say, Yaletown.

While the Cambie Corridor area was farmland and forest a century ago, its built environment is firmly rooted in a postwar, blue collar neighbourhood aesthetic, with a plethora of single-family dwellings that housed many new immigrants to Canada, among them Mr. Matis’s parents. Many of these mid-century homes have been replaced by nineties-era monster houses, but their modernist spirit – also evidenced in the international style of the area’s public buildings, such as the TD Bank on the northwest corner of 41st and Cambie – live on in Aperture.

With ground already broken and the skeletal remains of five typical postwar stucco houses soon to give way to 74 mainly two- and three-bedroom apartments as well as four north-facing villas, the project invokes the area’s past and present.

“I remember this area being really progressive architecturally,” Mr. Matis recalls. “When Oakridge Mall first opened in the sixties, it was quite a modern experiment.” Other of the era references include Langara College, and even nearby Queen Elizabeth Park with its Buckminster Fuller style arboretum.

While the eighties and nineties were not aesthetic highlights, as evidenced by many nearby suburban pastiche style condo developments, there are some encouraging signs – notably the King David High School by Acton Ostry across the street, that also successfully makes contemporary the mid-century grain of the area’s best design.

At the Aperture sales centre next to the Saint Germain Chinese bakery in Oakridge Mall, buyers who fit the mark demographically – mainland Chinese and local empty-nesters downsizing from single-family homes often worth 10 times their original purchase value – crowd around an impressive model. Aperture, developed by William Wong’s Buffalo Investments, promises a Le Corbusier-inspired design for a new neighbourhood vision.

Its palette of white concrete, glass and wood give it a West-Coast-Bauhaus-meets-Southeast-Asia feel and will offer relief from the area’s winter skies that the grey concrete, which darkens in the rain, cannot. Instead of ripolin – the last century’s ground breaking white enamel paint so loved by Le Corbusier – Matis has employed a high tech and eco-friendly wood veneered glass panel that is distinctive to Western Canada.

The city has plans to further engage the south side of the project, on 41st Avenue, as a pedestrian- and cycle-friendly place with an extended and lushly landscaped sidewalk and separated bike lane; the four villas will animate the north facing lane way. An inner courtyard will feature an Asian inspired waterfall set within bamboo and grass planted gardens.

But what really makes Aperture so striking – and what ultimately convinced both city planners and development-wary neighbourhood groups – is the way it breaks up form, scale and massing to better integrate into the surrounding urban grain. While many new developments in the area appear as massive and abrupt interruptions to the single-family landscape, Matis has designed Aperture as a less invasive new neighbour.

And an inventive approach to the exteriors of the apartments with differently sized and laid out wrap around balconies and windows belies their almost identical interior layouts and square footage.

At the east and west ends of the rectangular project that spans an entire city block, Matis has designed a series of cantilevered window boxes that offer shading as well as sculptural forms. They create a vertiginous optical illusion that smooths the transition to the north and south facing units, referencing a certain seventies West Coast contemporary vernacular even as they propel Oakridge into a design conscious future.

Aperture’s deep set floor plans suck in sunlight and the whole effect at night will read as a series of illuminated light boxes – a Westernmost beacon to the emerging Cambie Corridor.

Article by Hadani Ditmars for Globe and Mail.

This entry was posted on March 20th, 2014 | Posted in New Developments